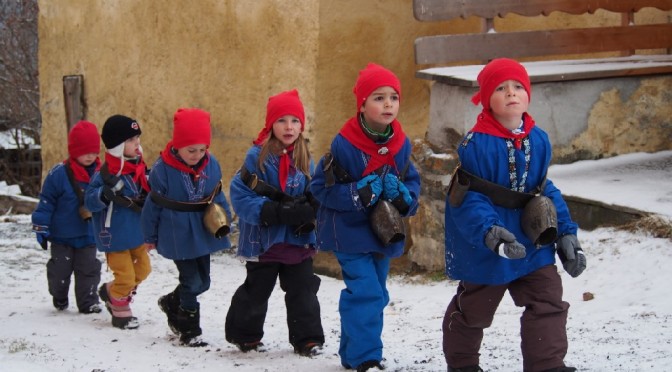 Yes, I am four months late.  But I will squeeze this one in as I prepare the next blog from our recent trip to Spain.

Riki’s family has a place in Guarda, in the Romansh speaking part of Switzerland.  That’s the fourth language of Switzerland, which originates from Latin.  Yes, a country this small has four official languages, though only something like 30,000 people still speak Romansh and even that has different dialects.  For me, Chalandamarz is basically Swiss Groundhog Day, but a month later.  And instead of a groundhog, there are a bunch of kids running around with cow bells around their necks to scare away winter.  But that’s something special to Guarda.  We ventured to the neighboring town to go sledding and check out their festivities and were less than pleasantly surprised at the antics they got up to.  In Ftan, we encountered young adults whacking each other on the backs with inflated pigs bladders.  A far cry from Groundhog Day, where we just rouse a small sleeping mammal from his quiet slumber. 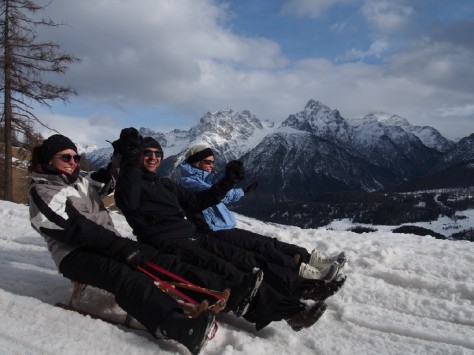 When we ventured into Ftan after sledding, we were expecting a kids festival, complete with confetti and maybe some Alpine music.  But what we witnessed was not even close to that.  The kids festival had occurred earlier in the morning and we were there to witness the young adults version.  Like I said, pigs bladders.

All in all, the festival in Ftan left me with a bad taste in my mouth.  And not because any of the pig intestines got in there, though it was unavoidably on our boots.  It was more the cringing/jolting feeling every time someone wound up their arm to smack the inflated bladders at full force into their neighbor’s back.  That, was not my cup of tea.

Luckily, the festival in Guarda is much more tame and friendly.  We woke up early, donned all of our winter clothes and trudged out into the village to watch the local children ring giant bells and walk around all the fountains chasing away winter.  It was more picturesque as well. 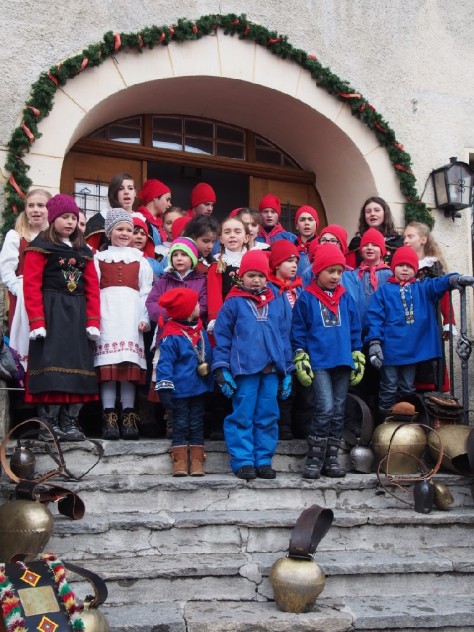 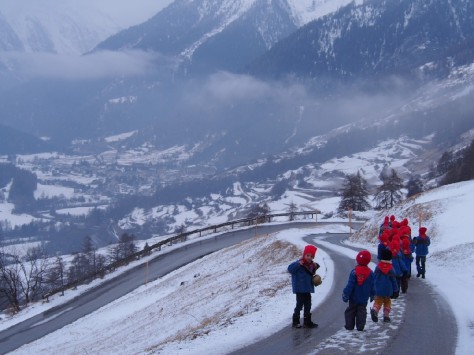